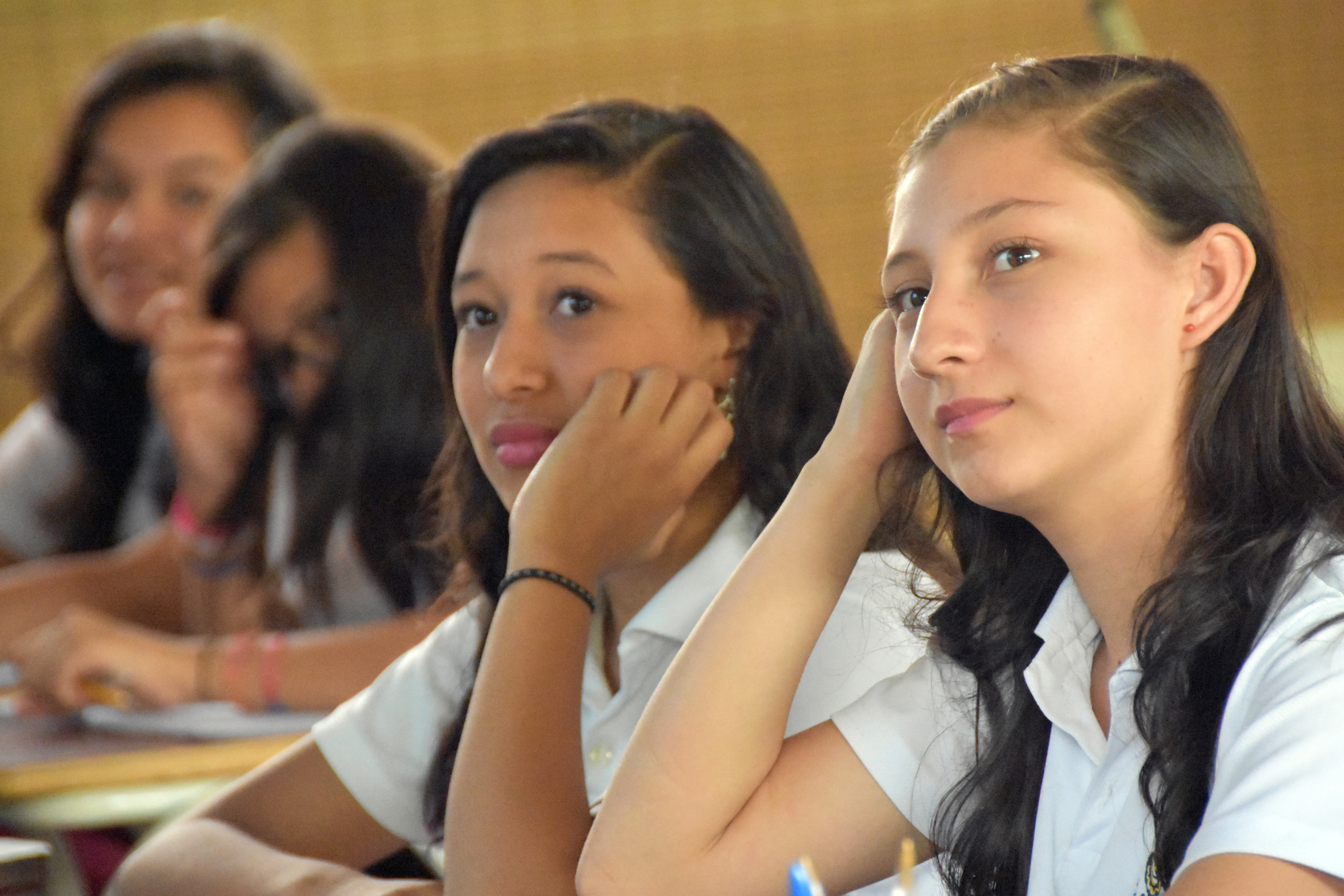 “How do you feel when your parents migrate to the US . . . and leave you behind?”  This wasn’t an easy question for students to answer in El Salvador.

We were visiting an inner-city high school, Instituto Isaac Newton, located in the heart of San Salvador.  The seven of us, all Baptists, were seeking to better understand this country and how churches and individuals in the US can come alongside and help with the challenges faced by families there.  And to learn more about immigrants in our own country in the process.

The challenges of the neighborhood were apparent just outside the entrance of the school, where we saw young men being cuffed and interrogated by the police.  We walked through busy streets lined with vendors and learned that many were parents of students at the school.  It was a section of the city rarely seen by tourists.

Many students asked to meet with us, to tell their stories and ask questions about the United States.  Approximately 25% of the students said they had a parent living in the United States, and more than 75% had a close friend or family member in the US.  Only a few had not been directly touched by emigration.  Public education is free through secondary (9th grade).  Isaac Newton and other similar schools seek to provide a high quality private school education for upper-level students at minimal cost (less than $40/month).  These students are studying for careers in healthcare, tourism, business, etc., largely thanks to assistance from parents and other relatives in the US who send money back.

Ana*, a petite girl standing in the back of the packed classroom, raised her hand and bravely answered our question.  “It’s hard, really hard” when you don’t have both parents with you.  “My dad is in the US, and I miss him so much.  But I know he’s away because he loves us and we need the money he makes there.”   There’s no work for him here, Ana said, and she wouldn’t be in school if her dad wasn’t sending money back home to support the family.  She said she was very appreciative of the sacrifice he had chosen to make for her and for her family.  And then Ana broke down and sobbed uncontrollably as another student hugged her.  Other students swiped at teary eyes.

While the kids often feel hurt, abandoned, or lonely when their parent or parents leave them behind, they say that they have other family around to help, and they know that the absent parent has made a hard decision that is for the good of the family.  Immigrant parents say that one of the hardest issues for them is the decision to leave a child behind.

However, Latin Americans often view children as part of a rich family tradition where the members are strongly connected and where aunts, uncles, grandparents and even older siblings all share in the raising of a child.  The decision is often a family decision, made in the best interest of the child as well as the extended family.  “How could I bring my son with me, to a place where I had no job, no place to live?” said Maria,* a mom from Honduras.  “I think it would have been too hard.  He was better off with my mom until I could get established.”  After a few years, she sent for her son, Jorge,* who was 10, to join her.  Maria rents a room and works part-time at McDonalds to support her family.  Jorge is able to petition for asylum.

But even the best intentions can cause pain for the immigrant parent.  Martin* talks about his teenage son with regret for what he’s lost.  “My son stayed in Mexico, on the ranch with my parents, and he goes to school and rides horses and helps my dad with the cattle.  He talks about girls.  He’s a great kid — almost a man,” said Martin.  He can count on one hand the number of times he’s seen his daughter.  Martin’s wife eventually divorced him and remarried.  While he thought of bringing his children to the US, he decided they were better off in Mexico.  They’re healthy, happy, and safe; they do well in school; and his son will one day manage the family ranch.  And the kids are a big help with his aging parents.  “It seems to have worked out well for everyone but me,” says Martin, who is an undocumented roofer.  “I just work and send money so they can all live well.”

The decision to bring children later on to join parents doesn’t always work out well, either.  Cecilia* was almost 16 when she joined her mom, stepdad, and four younger siblings in the US.  Coming from a rural part of El Salvador where she had lived with her grandparents, she missed the freedom of the country.  “Here, I can’t go outside — there’s no place to go, and I don’t feel safe.”  She doesn’t speak English, and doesn’t relate well to her siblings.  “I don’t even like them; they’re so spoiled and self-centered,” she says.  While Cecilia worked the land and helped grow beans and corn and vegetables until coming to the US, that concept is totally foreign to her US-born siblings.  They seem to her to be unappreciative of her parents’ hard work to provide a good home for them.  “I think they make fun of me.  I hate it here, I just want to go back home.  I didn’t know it would be like this,” she said.  Cecilia’s mom agrees that perhaps it was a mistake to bring Cecilia to the US.  “But I wanted to make things right, to have us live as a family.  I always felt guilty for leaving her behind.”

The decision to emigrate is a highly individual decision based on a number of factors, including violence, safety and security, poverty, economic and educational opportunities, and the desire to provide the best for one’s children.  It is never made lightly, and it isn’t without sacrifice, for both parents and children.  It changes the family dynamics forever.  The children, like Ana, grow up quickly and adopt a mature attitude regarding their parents’ reasons for emigrating.  On an intellectual and practical level, she knows her dad made a good decision for his family.  But her tears are evidence of the pain and heartache involved.