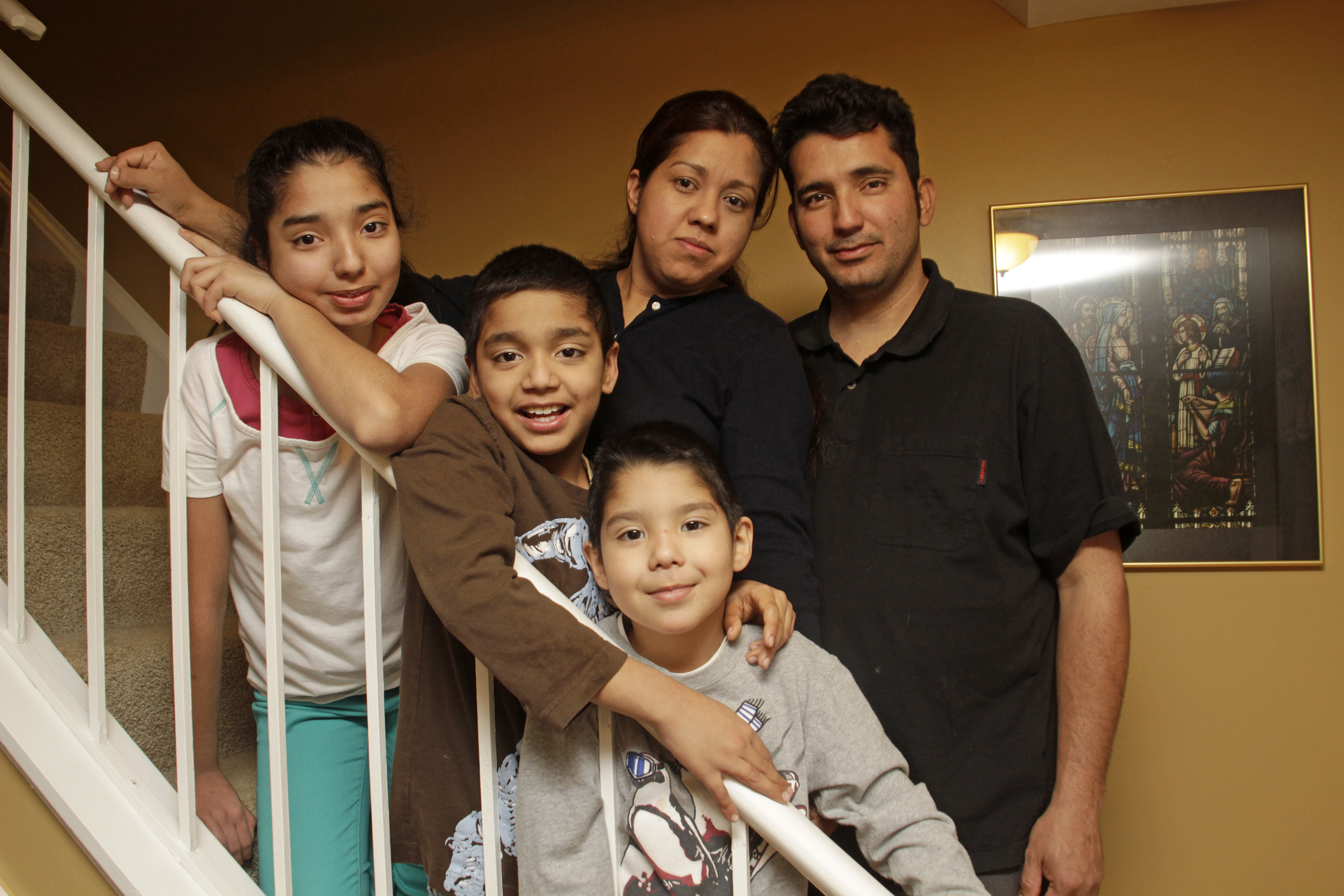 The services LUCHA Ministries has provided to immigrants through the years are based on Matthew 25:35-36. We’ve welcomed immigrants in our community by providing food and clothing, facilitating opportunities for fellowship and personal growth, helping people obtain medical and dental care, and visiting them in ICE detention and jail.  And now, we’re taking our commitment to serve the immigrant community one step farther by beginning an Immigration Legal Services Program. “I assure you that when you have welcomed the stranger, one of the least of these brothers and sisters of mine, you have done it for me,” says Jesus in this passage.  And when Jesus talks about welcoming the stranger, it’s based on personal experience. Jesus was once a refugee, taken as a child to another country to escape persecution and certain death. His family was seeking asylum..

The lack of legal status keeps people living in fear.  Maria* frantically called an American friend on her cell phone on the way to church one evening.  “There’s a police car that’s been following me, and it into the church parking lot when I did!”, she said.  Maria’s friend went outside to meet her at the car and walk inside the church with Maria and her two sons.  Maria, who is undocumented and does not have a drivers’ license, was trembling with fear and began sobbing by the time she entered the church.  While she has lived in the U.S. for over 14 years and never committed any crimes or had traffic violations, she lives in fear of being stopped and deported.

The lack of legal status prevents people from obtaining better, more stable jobs to provide for their families.   Ana,* a single mom with three children, had worked at the same fast-food restaurant for 5 years and made $9.50 per hour.  When she became pregnant, she worked as long as possible, but had to quit her job right before the baby was born.  When she returned to work two months later, she was re-hired at minimum wage, $7.25.  She was told that there was “significant turn-over” of the staff and that all personnel were new — and employed at the $7.25 “entry level” rate.  Ana didn’t have a valid work permit, and she felt lucky to have a job.

The lack of legal status promotes distrust of authority and discourages integration into community life.  Jose’s* neighbor was pounding on his door late one night.  “There’s an intruder in my apartment with a knife, threatening to kill us all!” the neighbor said.  “Please call 911!”  But when the police arrived, they went to Jose’s apartment and asked to see his ID.  They began questioning Jose about his legal status rather than searching for the intruder, who had fled the area and was loose in the neighborhood.

With over 11 million undocumented persons living in the U.S., not all qualify for an immigration benefit, or in other words, have the ability to “become legal.”  But many are like Maria, Ana, and Jose, trying to carve out a better life in the United States for themselves and for their families.  They want to participate in community activities, to earn a living and provide for their children, and to help their neighbors.  And with sound, affordable legal assistance, many can obtain legal status. While many immigrants would agree that they’re living a “better life” simply by being in the United States, legal status is the missing piece that will help them regain a sense of dignity and self-respect, and to fully engage in the life of our communities.

[1] Only if the US Supreme Court issues a favorable ruling for DAPA in June 2016.